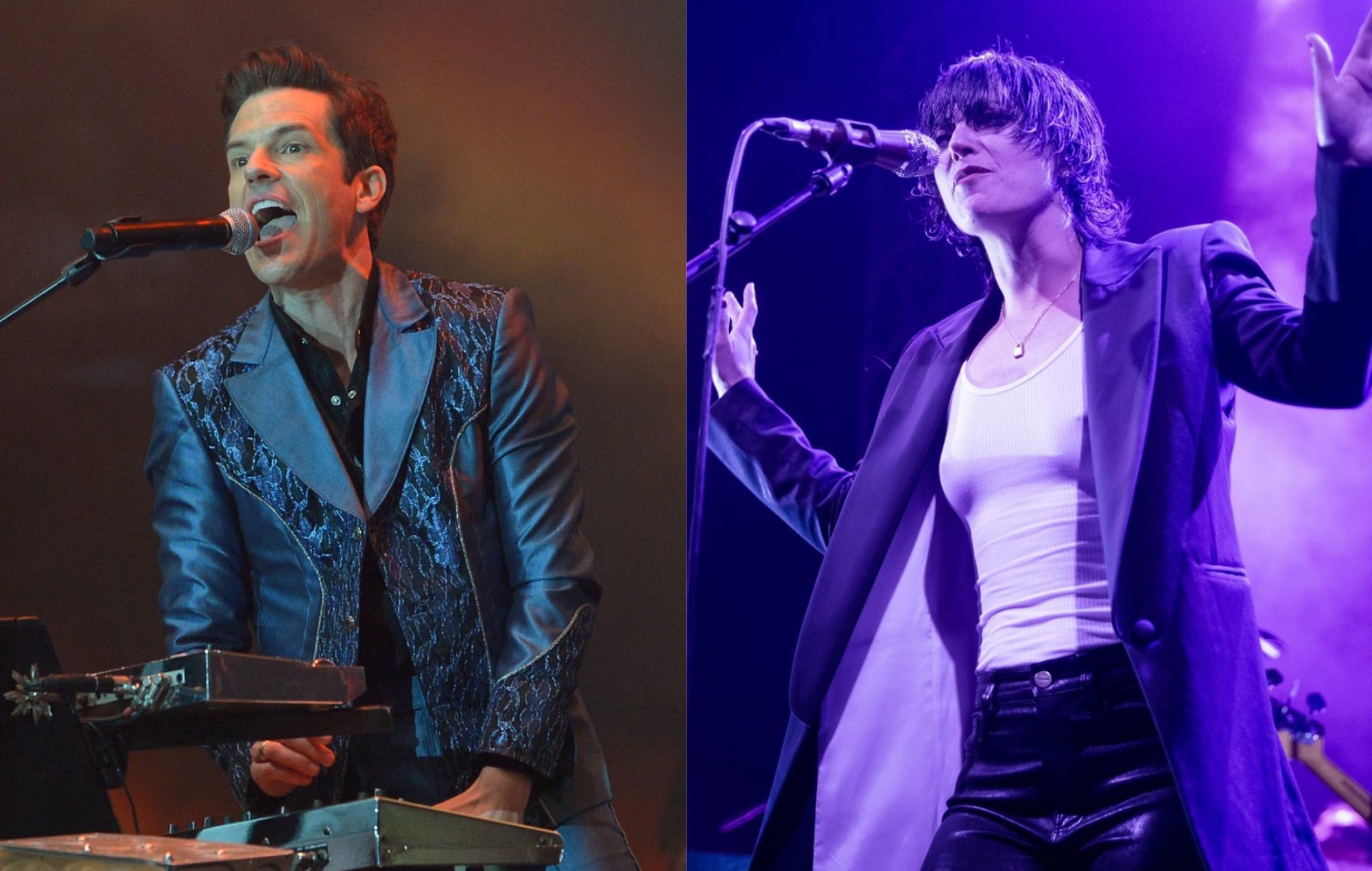 Brandon Flowers has teamed up with Sharon Van Etten during her Australia tour.

New footage posted online today (December 9) showed The Killers frontman joining the singer-songwriter onstage at Northcote Theatre in Melbourne, to sing Angel Olsen’s parts on ‘Like I Used To’. You can view their performance below.

Following the collaboration, Van Etten took to Twitter to thank Flowers for his performance.

She wrote: “Thank you, @BrandonFlowers for being such a sincere, humble, beautiful person. Loved singing with you – and @AngelOlsen gave her blessing. Hope to do it again sometime.”

At a SVE concert, Brandon Flowers (The Killers) shows up and joins in on Like I Used To. Unbelievable. from sharonvanetten

Van Etten recently released new single, ‘Never Gonna Change’, which featured on the deluxe edition of her latest album, ‘We’ve Been Going About This All Wrong’.

The track has been performed a number of times during her tour of Australia so far.

Had such an amazing 2nd show tonight here in Melbourne and the epic Northcote Theatre. Thank you, @BrandonFlowers for being such a sincere , humble , beautiful person. Loved singing with you – and @AngelOlsen gave her blessing. Hope to do it again sometime. X https://t.co/17LriMfIO6

The Killers meanwhile, today (December 9) announced they will be returning to the UK and Ireland next summer for four shows including headline sets at Reading & Leeds on the weekend of August 25-27. The festivals’ line-up was announced this morning, with the band joined as headliners by Lewis Capaldi, Foals, Billie Eilish, Sam Fender and Imagine Dragons.

After those shows, the band will then play two headline gigs, at Edinburgh’s Royal Highland Centre Showgrounds on August 29 and Belfast’s Boucher Road Playing Fields on September 1.

On September 3, the short run of gigs will then conclude with a headline set at Ireland’s Electric Picnic festival.

Tickets for the gigs go on sale at 9am GMT on Monday (December 12). You can buy your tickets here.

The post Watch The Killers’ Brandon Flowers perform ‘Like I Used To’ with Sharon Van Etten appeared first on NME.

Trump Operatives Laughed About Talking to Black People During 2020 Campaign

Trump Operatives Laughed About Talking to Black People During 2020 Campaign